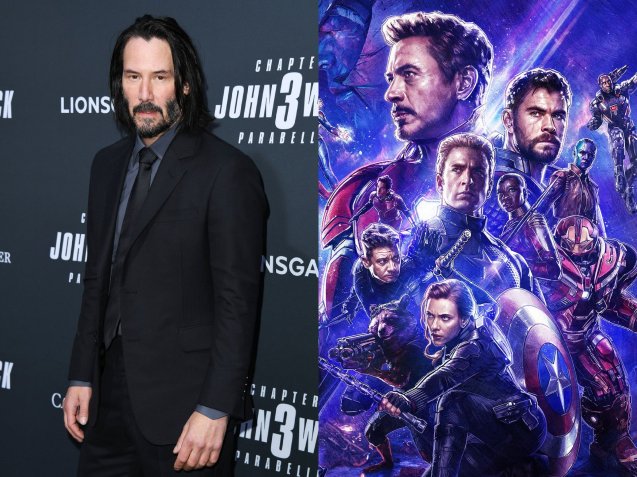 With the wildly spectacular John Wick Chapter 3 in cinemas and his brilliant appearance at E3, the internet is ablaze with all things Keanu Reeves at the moment. He has always been a fan favourite of seemingly everybody on the internet, but the love for him kicked into overdrive thanks to his wholesome appearance during Microsoft’s E3 conference.

Whilst speaking with comicbook.com during the Spider-Man: Far From Home press junket, Marvel Studios president Kevin Feige revealed that they are very eager to get Reeves to join the Marvel Cinematic Universe.

Kevin Feige
“We talk to him [Reeves] for almost every film we make. I don’t know when, if or ever he’ll join the MCU, but we very much want to figure out the right way to do it.”

It was previously reported that Reeves turned down the role of Yon-Rogg in Captain Marvel due to his obligations to the John Wick franchise, with that role then going to Jude Law.

Reeves has openly said on a few occasions that he would like to play Wolverine. Thanks to Disney’s purchase of Fox, it now means the rights to all the X-Men characters including Wolverine are at the behest of Marvel Studios. Perhaps the star will one day get his wish of playing Wolverine after all.

New Marvel Studios films to be announced this summer