Whilst promoting his newest role in the wildly unsettling Us, Winston Duke revealed that his barking at Everett Ross (Martin Freeman) in Black Panther was completely improvised. Duke was discussing the impressive lengths he puts to in preparing for all of his roles and how that led him to barking at Ross when Ross tries to speak to M’Baku. The incredible detail Duke puts into his characters led to one of the most memorable scenes in Black Panther. The actor described this whilst on the Empire Film Podcast, which you can read below. 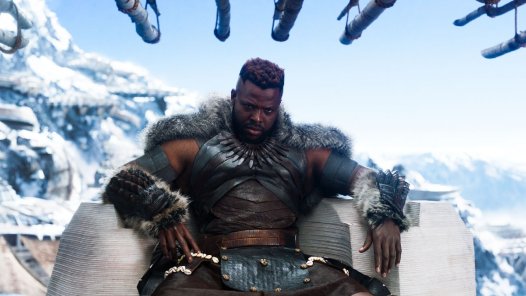 That grunting scene was totally improvised. Things like that come out of just, looking at things from different perspectives and bringing that in. That was literally just the lines and I was like, how do I communicate intimidation? How do I intimidate him in a totally my way? And he spoke and I just started going at it. It’s that kind of world where because you do that much work and bring that much perspective, you can make bold choices.