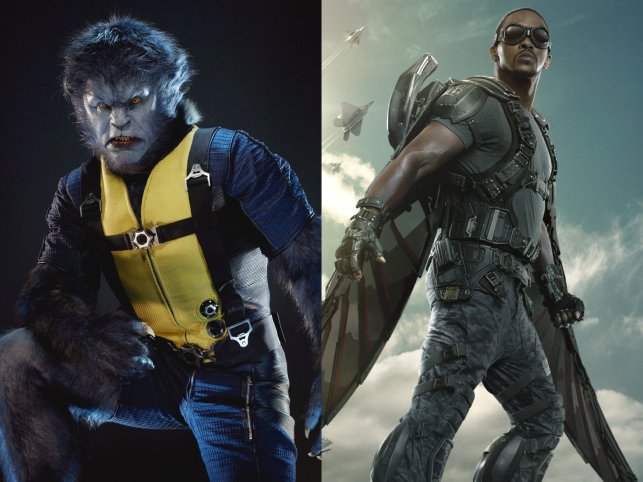 Whilst we know Anthony Mackie as Sam Wilson/Falcon in the Marvel Cinematic Universe, the actor had different ideas about which superhero he wanted to play. If he had had his way he would have been X-Men’s Beast. Speaking at Celebrity Fan Fest in San Antonio, Mackie was discussing which comics he read as a child and revealed that he was really into X-Men, with his favourite being Beast.

Anthony Mackie
“I was really into X-Men too. I wanted to be Beast. Like, Beast has always been my favourite Marvel character. I was very upset when I didn’t get cast as Beast. But I really wanted to be Beast, then they cast one of the greatest actors alive and I was like, ‘Gah! I love you so much.'”

The “greatest actor alive” that Mackie is referring to is of course either Kelsey Grammer or Nicholas Hoult. Grammer played Beast in 2006’s X-Men: The Last Stand whereas Nicholas Hoult has played the superhero 4 times, starting with 2011’s X-Men: First Class.

Maybe it worked out for the best for Mackie, given the unparalleled success that the MCU has had compared to the turbulent history of the X-Men film franchise.