It’s almost  G1 Climax time! The time of year that every wrestling fan across the world marks on their calendar; when we get more than 1 whole month of the best wrestling. And this year, it feels just a bit more special than normal. With 19 nights of unmissable action and an incredible line up of 20 wrestlers across the 2 blocks, I decided to take a look at the 5 things I’m most excited for in G1 Climax 29!

Will Ospreay makes history
The only man in history to enter the New Japan Cup, Best of Super Juniors and G1 Climax in one year. Oh, and he won the BOSJ tournament this year. Oh, he’s also the current IWGP Junior Heavyweight Champion. It’s rare for a Junior to enter the G1 but Ospreay has made it abundantly clear that he wants to elevate the Junior division by proving they can take on the Heavyweights. In a year that already seems to belong to Ospreay, with him entering the G1 it seems almost a foregone conclusion that he will be the wrestler of the year and whilst those type of merits are somewhat based on opinions, it’s a difficult opinion to argue against. The new weapons Ospreay has added to his arsenal have put him on equal footing with the biggest of Heavyweights and this is the opportunity he has been waiting for, to prove that the Juniors should not be an after-thought. 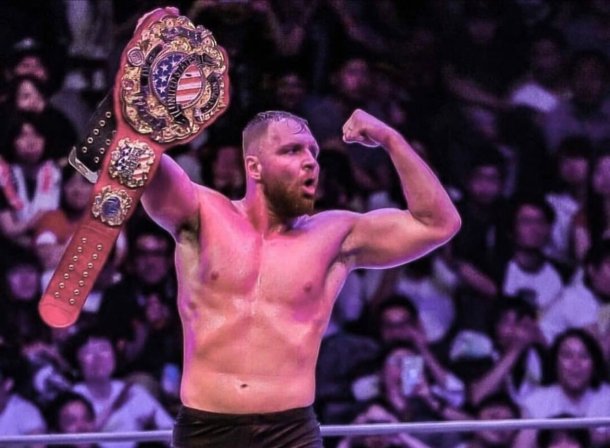 Jon Moxley gets let loose
Free from the shackles that tore him down and with a new lease on wrestling-life, Moxley is in the G1 Climax! If his NJPW debut is anything to go by then Moxley is going to light-up the entire tournament with his brutish and brawling style of wrestling. Interestingly he goes into this tournament as the current IWGP Heavyweight US Champion. When a champion takes a loss they tend to defend their title against the person that defeated them in the near-future. So Moxley will not only be attempting to win the G1 but he has a target on his back as a Champion and will be weary of the impact that losing could have on his future. This will be the most intense month of wrestling Moxley has perhaps ever had in his entire career, definitely more intense than what he wrestled in WWE. It’s truly a time for him to prove to the world that he can be a great wrestler. It’s a chance to show his skill and ability outside of the hardcore style he gained exposure from pre-WWE and to show that he is infinitely more than the Dean Ambrose that was never given the chance to put on star performances in the ring.

Mr G1 Climax – Tomohiro Ishii
With the G1 happening it can only mean one thing… everybody is gonna get bit by the Stone Pitbull. Ishii is one of the most appreciated wrestlers among fans and every year he reminds us why he has earned that love. I don’t think it’s possible for Ishii to have a bad match; he is consistently one of the most high-performing wrestlers on the planet. Everything this man does in the ring is right. Does it irk you when a wrestler no-sells a move? Well Ishii makes it work. He is fighting-spirit personified and does not go down easy. For somebody to pick up a victory over Ishii, they have to seriously earn it. Being the current NEVER Openweight Champion puts a bit of a target on his back, but I can’t help but think he likes the idea of the other entrants gunning for him. He’ll take their best shots nonchalantly and remind them why he’s called the Stone Pitbull.

First time matches
KENTA vs everybody. Moxley vs everybody. Ospreay vs Tanahashi. Naito vs Jay White. Shingo vs Naito. Ishii vs Jay White. The list goes on and on and it’s so damn exciting! Just a few short months ago the thought of Jon Moxley stepping into the ring with the likes of Shingo Takagi or Tomohiro Ishii or Toru Yano would have been wild dreams, but it’s happening! The G1 offers a wealth of unique match-ups thanks to the way the story-lines are booked (thank you Gedo!). Wrestlers are often kept far a part, sometimes not even competing in tag matches together, so when they eventually clash it’s fresh and enticing. These new match-ups married with a variety of wrestling styles make every stop on the tournament unmissable. In one night you’ll see the likes of Shingo and Ishii refusing to go down as they take on a constant onslaught; Yano try to cheat his way to a victory; White get under your skin with his devious but intelligent wrestling. These clash of styles and personalities help make NJPW the best wrestling in the world and the G1 the most prestigious wrestling tournament there has ever been. 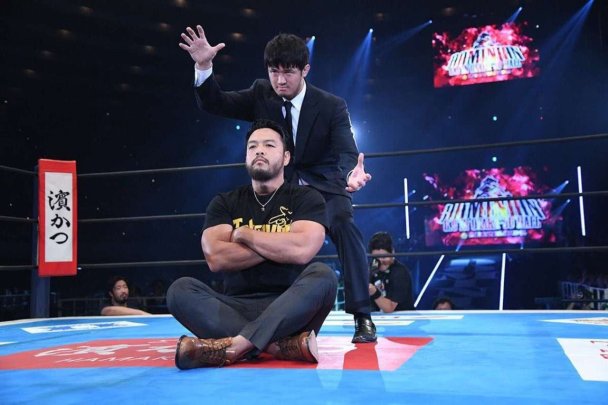 KENTA is back
“I’m not just stupid Hideo Itami. Now I’m KENTA. I want to show my wrestling to the world as KENTA, not Hideo Itami.” What does that mean for everybody in the G1? Be afraid. Introduced into NJPW by none other than Katsuyori Shibata, KENTA will be making his NJPW debut in this year’s G1 and it is frightening to think what this man is capable of when the chains are off. After an almost entirely forgettable run in WWE, the amateur kick-boxer will be looking to take heads off with his devastating use of kicks and strikes. It might be said that he goes into this G1 as the hardest hitter if it wasn’t for Kota Ibushi. But lucky for us on the very first night of the tournament we get to see KENTA face off against Ibushi in what will likely be the hardest hitting match of the entire tournament. For those who only know KENTA from his time in WWE, prepare to be amazed at the contrast you will see once he hits the ring in the G1.

Top 5 matches from Best of the Super Juniors 26