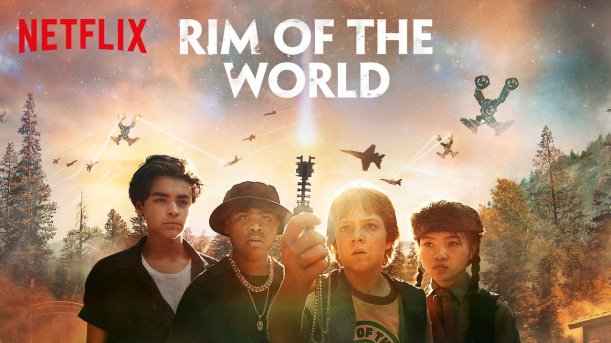 Whilst Zack Stentz may not be a name you are familiar with, you will definitely be familiar with his work. Stentz co-wrote the screenplay for the first Thor, was a consulting producer on season 3 of The Flash where he wrote several episodes, and he also co-wrote X-Men: First Class, which is one of the more well received films in the X-Men universe. His latest venture is the Netflix film Rim of the World which will be available to stream from tomorrow (24th May). The film follows four misfit teenagers who get stranded at a summer camp when aliens attack the planet, and you can see the trailer below. Ahead of the release we had the chance to speak to Stentz about the upcoming film.

Hey Zack! Like many, I’m very excited for ‘Rim of the World’. The trailer hit me with nostalgic memories of films such as The Goonies, E.T. and Jurassic Park but mixed with aspects from recent classics like Attack the Block and Stranger Things. What inspired you to write this story?
I was inspired to write the story because when I began in early 2016, it felt like an entire genre of movie I had loved growing up–the kid-driven adventure movie–had nearly gone extinct. And I wanted to make something for my own kids and their peers that spoke to them the way films like E.T., The Goonies, and Stand By Me spoke to me as I was growing up.

Our protagonists meet at the ‘Rim of the World’ adventure camp. Do you have any memories from summer camp that you added into this film?
I went to Boy Scout camp and science camp when I was a kid, but I drew less on my own memories & more from my own kids’ stories about their camp experiences to try and create a “camp in the 21st Century” feel for the film. My camp sure as heck didn’t have a zip line like theirs does!

The kids all seem to have their unique quirks and skills. Which character do you relate to the most and why?
It sounds like a cop out, but I really relate to ALL of the kids in the script. I tried to put pieces of myself into each character, but if you pinned me down I’d say that Zhenzhen and Gabriel are the people I wish I was as a young teen, but I was probably a lot closer to Alex.

You’re used to writing strong ensemble casts with credits including X-Men: First Class and episodes of The Flash! What was different about writing millennial teens without supernatural powers?
Honestly, writing an ensemble without superpowers isn’t all that different, except for the action scenes being a little easier to conceptualize without someone bending metal or reading peoples’ minds. But the skill set is largely the same– when a big task needs to be accomplished, break it into pieces and give each of the characters something interesting to do, hopefully that relates to their story arc.

What are some examples of science fiction (from any mediums) that have wowed you in the last decade?
I’m a big fan of Ted Chiang’s stories in prose, and in film it feels like we’re in an exciting new era of smart SF films like Ex Machina, Arrival, and Blade Runner 2049. I hope it continues!

Our last question! How long would you last during an alien invasion? Would you last as long as the heroes in Rim of the World?
In an alien invasion I’d probably be like a non-crazy Tim Robbins from the Spielberg War of the Worlds – hiding in a basement with a lot of canned food and wine, trying to wait the whole thing out. I don’t think I’d make it across 70 miles of a Los Angeles war zone the way my heroes do!

Rim of the World is streaming on Netflix from 24th May.