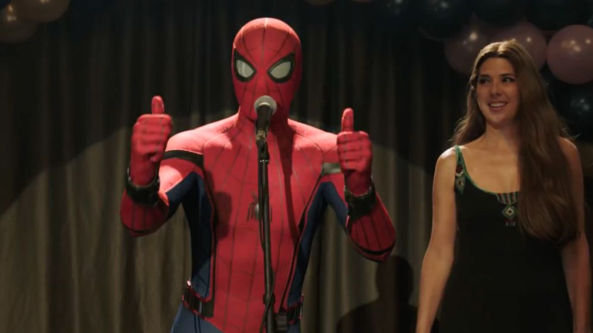 The new Spider-Man: Far From Home trailer starts with a brief message from Tom Holland advising viewers that the trailer contains huge spoilers for Avengers: Endgame and that the new trailer shouldn’t be watched until you’ve seen the latest Avengers film. Whilst this works online, it isn’t as easy to manage in cinemas. So to combat this, Sony have informed cinemas to play the new Far From Home trailer after the credits have finished during showings of Endgame. Cinemas have been provided a small clip to show during the regular trailers shown before Endgame, in which Holland tells cinema-goers to stay after the movie to watch the new Spider-Man trailer.

So whilst Avengers: Endgame does not contain a mid or post credits scene this seems like a great compromise.

Related:
Tom Holland Teases Far From Home Scene That Feels Like Being “Punched In The Face”

Far From Home Sets Up Earth-616 And Potentially Spider-UK