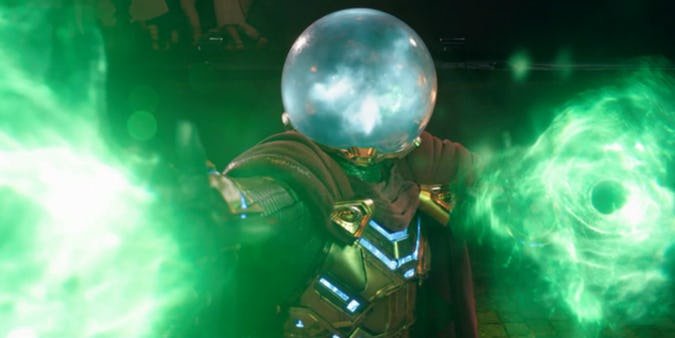 When it was announced that the next villain to spring from the comicbook pages of Spider-Man to the big screen would be Mysterio, fans were understandably curious about how the character’s costume would look. But when Mysterio was seen in action during the first trailer and even more so during the newest trailer, it was clear that Marvel Studios had once again knocked it out of the park as Jake Gyllenhaal looks incredible as the character, fishbowl and all. However there was a concern the filmmakers had behind the scenes, in that they didn’t want the actor playing Mysterio to feel bogged down by the outfit. They wanted to make it clear to the actor who took the role that they wouldn’t be spending all their time strutting around in the suit. So it must have been a wonderful surprise when Gyllenhaal suggested wearing the costume “everywhere it makes sense to wear it”, as revealed by producer Eric Caroll when talking to Screen Rant.

Executive Producer Eric Carroll:
We were just assuming – since we did end up building a fully practical costume – that our actor wouldn’t want to spend time in it, and then we were like, to make sure we get the caliber actor we want for this, we made it clear, “we won’t make you wear this stuff when you don’t have to.” So on and so forth. So, for example, this is a scene — this is a briefing scene. We had said, “you can just look cool. You can just look like a cool mercenary man. You can have your t-shirt on, leather jacket and jeans.” And he was like, “Can I be in the costume? I really feel the character, I get it.” So, not only is this costume practical, but he wears it everywhere it makes sense to wear it. So we think this looks amazing. We’re super excited about bringing him to the screen.

So it turns out we should be thanking Jake Gyllenhaal himself for how much we have already seen the costume in trailers and likely how much we will see the costume during the final film.