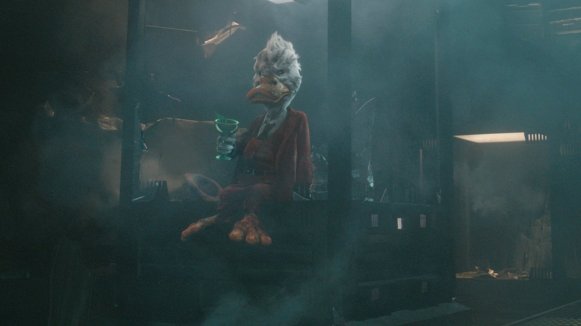 Avengers: Endgame is filled with Easter Eggs and references to the past 11 years of MCU films. From a potential Easter Egg that teases a future appearance of Captain Britain to Morgan breaking hearts worldwide by asking for a cheeseburger. But on the lighter side, one blink and you’ll miss it moment has Howard the Duck making a cameo! The character made his Marvel Studios’ debut in the first Guardians of the Galaxy during the post-credits scene and again showed up during Guardians of the Galaxy Vol. 2. But you’ll need to keep a sharp eye to spot Howard this time.

Howard makes his brief cameo during the mind-blowing war that sees the triumphant return of almost every hero in Marvel through the different sorcerer portals. Included in this scene are the Ravagers who show up at the same time The Wasp hits the screen, at which point Howard can be seen strutting in between a few characters to the left of Wasp. Suited and booted with a gun in hand, Howard has joined the fight to stop Thanos! Shortly after, we are treated to the moment we’ve all been waiting for as Captain America finally bellows “Avengers Assemble”… So does this make Howard the Duck an Avenger?!

Whilst we will not host a picture of Howard in Endgame on this website as the film is still in cinemas, there are pictures online. A simple “Howard the Duck Endgame” search will bring up pictures of the character making his brief appearance for those curious.

Related:
Director of Endgame answers spoiler-filled questions about the film and plot

Avengers: Endgame is NOT the final Phase 3 film

What does Groot say in Avengers: Endgame?