As if Infinity War wasn’t big enough, it originally included the introduction of the Living Tribunal! The character is arguably the 2nd strongest in all of Marvel Comics and his appearance could have led to some drastic changes to the Marvel Cinematic Universe. Christopher Markus and Stephen McFeely are the screenwriters behind Avengers: Infinity War and Avengers: Endgame (as well as Captain America: The Winter Solider, Captain America: Civil War) and revealed how they planned to introduce the character during an interview with the New York Times. 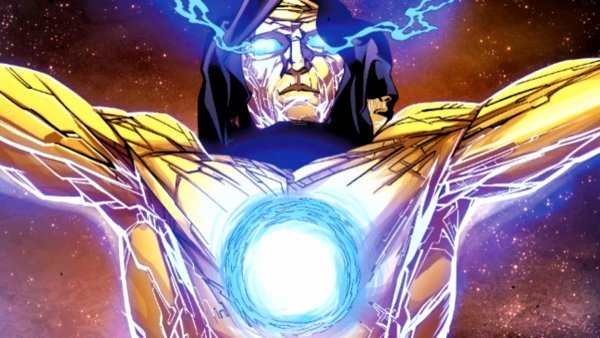 How did the Russo Brother’s decide on Endgame as the name for the new Avengers film?

MARKUS We did try to put the Living Tribunal in the first movie (Infinity War). We wrote a scene in which he appeared during the Titan fight. And everyone was like, what?
McFEELY Whoa. He’s got three heads. It would indicate a whole different level of architecture to the universe and I think that was too much to just throw in.
MARKUS The idea’s still in [Marvel Studios President] Kevin [Feige]’s court.

With the news that Marvel Studios’ is planning a film based on the Eternals which will likely expand on the cosmic world, it’s not entirely off the table that the Living Tribunal may show up further down the line in the Marvel Cinematic Universe.