I was not oblivious to the onslaught of bad reviews Hellboy had received as I prepared to watch it. I thought that worst case it would at least be fun, have some good action sequences and perhaps make me laugh a couple of times. None of this happened at any point during the dull 2 hours the film steals of your life. The highest point of Hellboy is when the titular character grows his full length horns and dons a floating crown of fire, at which point Hellboy looks effortlessly badass. Thankfully for you, that moment is shown in the trailers so you can watch it on YouTube and not be missing out. I’ve done the suffering so you don’t have to. 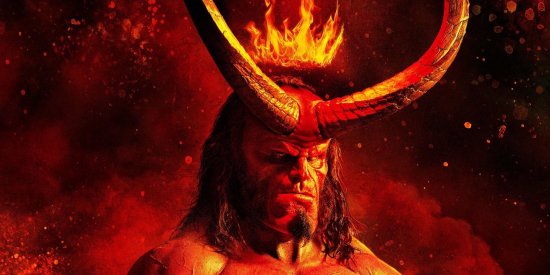 The dialogue is mundane and uninspired; the pacing is non-existent and makes 2 hours feel like an eternity; there is a lot of gratuitous gore that really adds nothing to the film; the songs are wildly misplaced; there are constant tonal shifts as the film struggles to understand what it even is. It shouldn’t come as a surprise that it is so awful given the decision to cast Milla Jovovich as the main villain. I almost feel bad for David Harbour. He has gained a great reputation ever since starring in Stranger Things and the way he uses social media to interact with fans, but not even he delivers anything memorable. It’s almost impressive at how little this film makes you care about the story or characters.

Simply put, avoid this film at all costs. Hellboy is easily one of the worst comicbook films ever made, and is a strong contender for being rock bottom of that list.