With the end of March brings the end of another New Japan Cup, and as usual it did not disappoint. The stars of New Japan Pro-Wrestling proved once again why they are the best in the world as they competed in 12 shows over 17 nights for a total of 31 cup matches, not including the many tag matches taking place each night. Out of the 31 incredible cup matches I have fine tuned a list of 7 must see matches. The below matches are in order of when they took place and not in order of preference. As the list goes on, there are naturally spoilers for who progressed through the Cup. 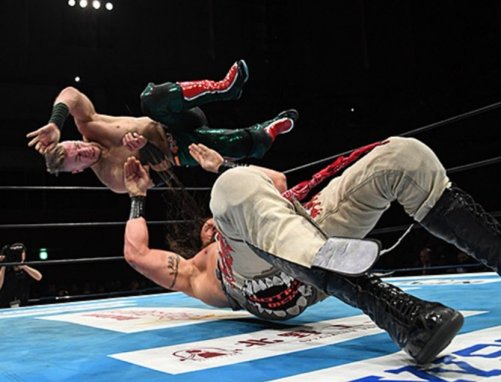 Will Ospreay vs Lance Archer – Night 6 (Second Round) March 14th
The perfect wrestling tale of David vs Goliath. I cannot think of a better in-ring story that personified the insurmountable odds of trying to overcome a giant like this match showed. Ospreay has brought the best out in many wrestlers and pitting him against Archer gave us what many are calling the best match of Archer’s career. The mountain of a man that is Lance Archer is usually restrained to tag-team action and proved himself as a formidable singles competitor during this match that took full advantage of the wrestlers stylistic differences.

Kota Ibushi vs Zack Sabre Jr. – Night 7 (Second Round) March 16th
This was the 4th singles meeting between these 2 men with each match coming in tournament action. ZSJ and Ibushi are 2 of the best wrestlers in the world today and every time they step into the ring together they create something memorable, with this instance being no exception. Ibushi went into the Cup as a favourite to win the entire tournament and hit a punishing roadblock in the shape of the Technical Wizard who was so far unbeaten in New Japan Cup matches. I think my favourite thing in wrestling right now is when Ibushi shuts off his nice guy side during a match and brutalizes his opponent.

Colt Cabana vs Toru Yano – Night 8 (Second Round) March 17th
A dream match for many, including me. The 2 best comedic wrestlers in the world were given the time to show just how fun wrestling can be. Colt Cabana made his full NJPW debut by competing in the Cup and quickly became a fan favourite, breaking down any language barriers through his wrestling and comedic prowess. It’s almost impossible to watch this match without a smile on your face.

Click here to see our talk with Colt Cabana 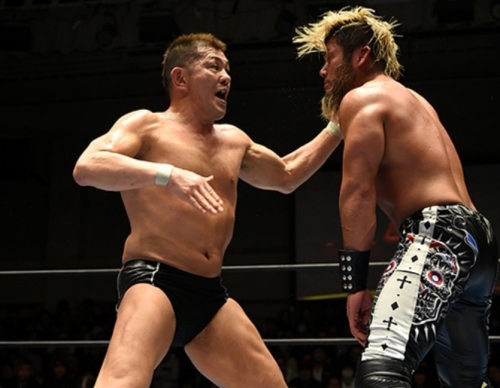 Minoru Suzuki vs SANADA – Night 8 (Second Round) March 17th
I expected a technical match with the usual abuse from Suzuki that he deploys onto his unfortunate opponents, but what I did not expect was for the 50 year old veteran to compete in the 2nd longest match of the tournament. At over 28 minutes, this match saw Suzuki and SANADA put on a clinic. This match showed the strong-style NJPW is known for and told the story of the younger SANADA striving on through Suzuki’s punishing offense.

Hiroshi Tanahashi vs Zack Sabre Jr. – Night 10 (Quarter Finals) March 21st
A rematch of the New Japan Cup 2018 final saw the Ace have the opportunity to avenge his loss from 1 year prior. Zack’s ability to win via a multitude of submissions was the perfect foil to the undying fighting spirit that Tanahashi possesses. So far in the tournament we had seen Tanahashi win in different fashion to usual, with the Cloverleaf in the first round and Dragon Suplex in the second. And the Ace had a few more tricks at the ready to try catch the submission master off guard during this match.

Tomohiro Ishii vs Kazuchika Okada – Night 11 (Semi-Finals) March 23rd
The last time these 2 competed in singles action against each other was the 2016 G1 Cliamx in a match that earned 5 stars from Dave Meltzer. Throwing the Stone Pitbull in the ring for a rare singles match against Okada was always going to give us a potential match of the tournament, but I think we ended up with another match of the year candidate. Ishii is perhaps the most consistently high performing wrestler in the world, I don’t think the man is capable of having a bad match. These 2 men understand professional wrestling on a different level to any of us. If you only see one match from this tournament, make it this.

Kazuchika Okada vs SANADA – Night 12 (Finals) March 24th
Every match in NJPW has the innate ability to make you think any competitor can win even if you think the result is a foregone conclusion, and this was on show for over 33 minutes during this encounter. This seemed like the official coming out party for SANADA. It’s widely agreed that he could be a major player for NJPW. By reaching the finals of the New Japan Cup and the prolific match that followed, he cemented himself as a star in his best singles match to date.

All of the New Japan Cup action can be viewed on NJPWWorld.com with English commentary supplied by Kevin Kelly and a host of co-commentators. Next on the schedule for NJPW is the huge Madison Square Garden show on April 6th that will see current IWGP Heavyweight Champion Jay White defend his title against the winner of the New Japan Cup.