Wrestling and comics have always gone hand in hand. The larger than life characters and dramatic story-lines coming to a head as good fights bad. Sometimes these confrontations take place in the pages of comics and sometimes they take place in a wrestling ring. The first ever Spider-Man story sees Peter Parker step into the squared circle to test his powers, a scene that was revisited during Sam Raimi’s Spider-Man with the use of Macho Man Randy Savage. The relationship between wrestling and comics has always existed. In recognition of that relationship, I’ve matched some of the current members of New Japan Pro-Wrestling to who I think would be their Marvel counterpart.

Kazuchika Okada is Iron Man
Of course the Rainmaker is Tony Stark. Only Stark could be eccentric enough to stick his own face on money and have it blown into a crowd like Okada often does. They even both went off track when dealing with their personal demons. Iron Man turned to alcohol during the Demon In The Bottle arch whereas Okada died his hair red, put on trousers and started playing with balloons. Both love to flash what they have, and whilst Okada may not have the money behind him that Stark does he certainly makes up for it with his look and charisma. 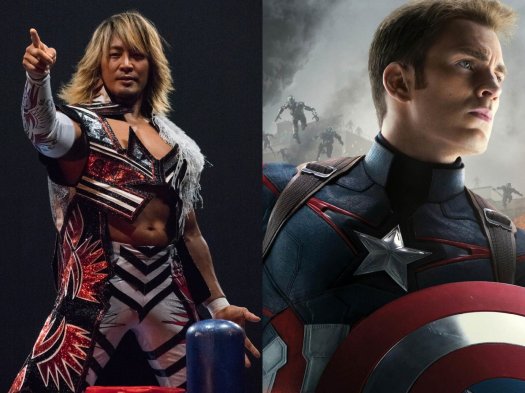 Hiroshi Tanahashi is Captain America
It’s entirely possible that Tanahashi was injected with the same super soldier serum that gave us Captain America. The Ace is a beacon of light in NJPW in the same way that we can always have faith in Cap to do the right thing. Both are the embodiment of goodness, are leaders of their own brigades, and they’re both ridiculously ripped. They are universally loved and respected and have proven themselves reliable time and time again.

Minoru Suzuki is The Hulk
When Hulk gets angry, he attacks anything in his path. When Suzuki gets angry, he attacks any Young Lion in his path. Both are near unstoppable when their emotions get the better of them. They both relish a tough opponent that can give them a fight worth their time. I’d hate to try confront either of them even if they were in a good mood. There’s no reasoning with them, when they want to fight the only choice you have is to get out of danger.

Will Ospreay is Spider-Man
Ospreay is such a Spidey fan that he had ring-gear made in recognition of the hero, so it’d be absurd not to pair the two of them. Ospreay is the closest thing we have to Spider-Man without the hero actually jumping into a wrestling ring himself. Not only do they relate when it comes to their flying prowess, but both are stronger than a first impression might imply. Will has proven himself among the heavyweight’s of NJPW recently and it’s well known that Spidey very rarely uses his full strength as he doesn’t want to hurt others. Both are on the younger side in their relevant worlds and have a wealth of veterans to guide them on their journey’s.

Click here to see our countdown of the top 5 Spidey suits!

Jay White is The Punisher
They know what it takes to get the job done and they’re willing to do things that others aren’t to get to get there. Neither are really liked among their peers but there’s still some respect lingering there. Outside of the Bullet Club, Jay White doesn’t have any friends in NJPW thanks to his devious in-ring antics. When it comes to The Punisher, there aren’t many heroes who agree with his methods as they don’t think killing should be the answer. Jay White even killed Tanahashi’s brief IWGP Heavyweight Championship reign at The New Beginning. Frank Castle would be proud. 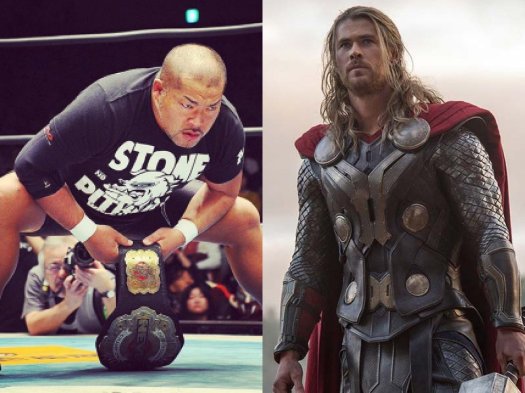 Tomohiro Ishii is Thor
Neither will go down easy without a brutal fight. And even if they’re losing that fight, they likely still won’t stay down. The Stone Pitbull may not meet the literal height of the God of Thunder but they are both equals in their stubbornness to win every encounter. When it comes to power, Ishii is pound for pound one of the top dogs in NJPW. And as we learnt in Ragnarok and Infinity War, Thor towers above the majority of his fellow heroes too.

Zack Sabre Jr. is Doctor Strange
The Technical Wizard is Marvel’s equivalent of the Sorcerer Supreme. Both are masters of their own domain, ZSJ with his submissions and Strange as the Master of the Mystic Arts. They’re both confident in their abilities and it’s hard to argue with either of them when they can easily prove themselves which often bolsters their confidence into smugness, especially with Zack’s Suzuki-Gun affiliation.

Tetsuya Naito is The Winter Soldier
2 people that were turned on by those they trusted. Naito was not given the Wrestle Kingdom main event he had earned and left for Mexico to reinvent himself as the LIJ leader we know today. Bucky was forced into becoming an assassin for evil and despite getting back to the light was still viewed as an enemy during Civil War. Both are extremely well liked, have a badass look and have had their time in the main event light, although they often leave the bright lights of the main event scene to help the mid-card shine.

Toru Yano is Loki
If Loki saw a Yano match I have to think he’d be impressed. Neither are about playing fair and they’d both rather cheat their way to victory. Yano is partial to delivering a low-blow to his opponents whilst the referee is distracted, a trick that would leave the God of Mischief grinning. From a safe viewpoint, both are a joy to watch, but being their victim would be a nightmare.

Click here to see our countdown of the 10 best MCU moments!