In February I attended the cinema 5 times; for an experience that was the exact opposite of what is expected in the cinema; to see what trouble Emmett had got into now; to tour the Midwest; to suffer with a father losing his son and lastly to learn some American history.

Green Book
Definitely the best film I have seen so far this year. Unfortunately there is a cloud of controversy that looms over Green Book that has impacted my feelings on this film that I instantly loved. I do think it was a deserved winner of Best Picture at the Oscars and Mahershala Ali thoroughly deserved his win as Best Supporting Actor. In a void, Green Book is one of the best films I have ever seen, but that does require a large void. The relationship between Ali and Mortensen offers some of the best chemistry you will ever see on screen and warms the heart. 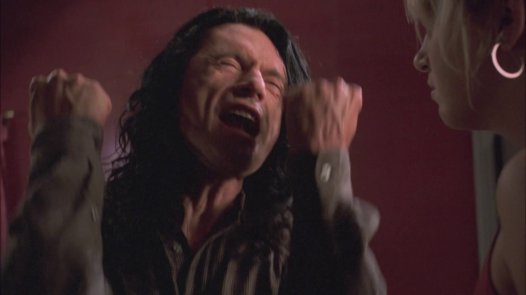 The Room with live Q&A from Tommy Wiseau & Greg Sestero
The Room is rightly infamous for being one of the worst films ever created. First released in 2003 it has since gained prominence with a cult following that attends showings for the experience rather than the film itself. I was finally able to attend one of these showings and the bizarre Tommy Wiseau was there in person to answer questions. His answers made little sense and he barely let Greg get a word in, but I wouldn’t expect anything different. The film itself involved an eager crowd; they would throw plastic spoons whenever the spoon in a picture frame appeared; they would boo the cheating Lisa; they would count the number of times the football was thrown. A far cry from the atmosphere I would usually hope for in the cinema and it was a great time.

Beautiful Boy
This was a very heavy film that I would find difficult to watch again. I took slight comfort during the film that follows the story of a father trying to help his drug-addled knowing that this was only a film. That was until my heart sunk as the ending hit and I was reminded that this is based on a true story. There are glimpses of hope sewn throughout as you think the father (Steve Carell) is getting through to his son (Timothée Chalamet), only for those glimpses to be blacked out by the dark heralds of drugs.

The Lego Movie 2
Seriously, this was just a box of fun. It had a high pedestal to reach given the baseline that was set by the first film which I don’t think it reached. The first film didn’t have many expectations and ended up being a wild hit whereas this sequel has suffered the opposite. But it was fun, and sometimes we all just need a bit of light-hearted goodness in our day instead of the burden of a deep story.

On The Basis Of Sex
I was extremely invested in the story being told given that my partner recently graduated University where she studied Law. I was with Ruth Ginsburg (Felicity Jones) every time she got knocked down and every time she triumphed. Many scenes had me wincing at the sexism on show, none more so than the final courthouse scenes. This was a fascinating insight into the story of a woman I knew nothing about who’s work changed America and it’s laws. Also, how is Armie Hammer not a bigger deal in Hollywood? It’s absurd.

Other Films – Of course, I watch films outside of the cinema too.
– I finally saw The Old Man & The Gun after missing it’s short cinema release and I adored it. It’s sweet, it’s charming, it’s funny and wholesome. I highly recommend putting aside a bit of time for this one.
– Velvet Buzzsaw was a major disappointment. I can’t believe that the team of Jake Gyllenhaal and Dan Gilroy went from the incomparable Nightcrawler to this.
– Can You Ever Forgive Me? was a treat. I didn’t think this would be a film for me but I was wrong. Melissa McCarthy and Richard E. Grant make this a delight.
– Why had nobody told me how foolish I was for not seeing Wind River before?! This is Jeremy Renner at his best. I was blown away by everything this film offered and it left me teary eyed. The story is full of punches that hit you in the heart and leaves you a little bit broken.

March sees the release of Captain Marvel, Under The Silver Lake, Us and Dumbo, all films I will hopefully find time for in the cinema. Yes I already have my Captain Marvel tickets booked for release day!