After just being announced for the New Japan Cup this week, 2019 is looking like it could be a breakout year for Toa Henare. This year, the winner of the NJCup will earn a guaranteed IWGP Heavyweight Championship match against the current title holder, Switchblade Jay White, at Madison Square Garden. Henare will be making his NJCup debut and has a tough road ahead of him if he hopes to headline the prolific venue against his fellow Kiwi. The 26 year old New Zealander will be hoping to make history when the tournament kicks off on 8th March, but his first piece of Cup action comes on 9th March against the monstrous Lance Archer. The NJPW warrior revealed to us that he is more than up to the task and is looking to make an impact! 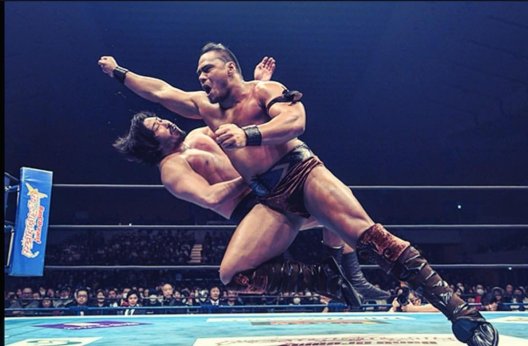 How did it feel when you found out you would be an entrant in this years New Japan Cup?
It was trippy! I literally had just posted a Japanese tweet begging for support to be in the Cup. Within minutes I had Japanese people wishing me a congrats on my wish coming true. So I check Twitter and see I’ve been put in. It’s a great chance, and the fans can see that NJPW is starting to finally give me some earned opportunities.

What does the prospect of a Madison Square Garden main event between 2 Kiwi’s mean to you?
Anyone who knows me knows that I’m full of pride, especially for the pride of my people. Say what you want about Jay White but I am proud of him. In New Zealand we suffer from tall poppy syndrome a lot, so it takes guts to admit that you’re proud of a guy that’s accomplished all the goals that you’ve set for yourself. It just shows me and every other young Kiwi kid that they can do the same. 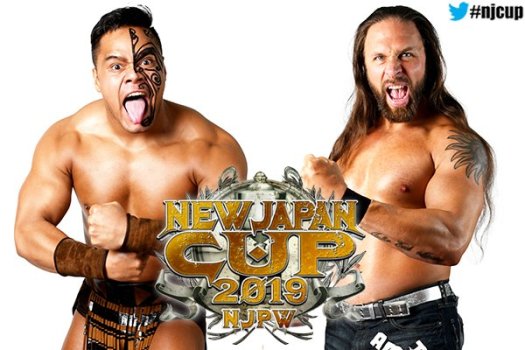 What do you think of your chances in the NJCup? You kick off against a literal giant in Lance Archer and could then go up against another giant in Bad Luck Fale or a Champion in Will Ospreay.
I love the big men in wrestling, it’s no secret. I’m excited as hell and know I can take whatever they throw at me – that’s the true heart of a warrior. I’ve made a life out of picking the biggest, toughest guy in the room and picking a fight with him, so for them to give me Lance in the first round is their way of saying “you asked for the jumbo steak, kid.” He’s a psycho and they call him that for a reason, but he’s also a solid super heavyweight that shouldn’t be messed with on the best of days. One promise I can give is that I’m gonna hoist all 130kg of Archer over my head and bust his brains into the mat. The same goes for Fale. When it comes to Ospreay, well, everyone knows I’ve wanted that NEVER belt since I got to this company.

You’ve been mostly tied up in tag team action since your return from injury. Are you excited to showcase yourself as a singles competitor?
I’ve had quite a few singles matches – I get quite annoyed when I see overseas fans share this sentiment cause it tells me they don’t keep up with what’s going on in New Japan, only what’s going on in their Twitter GIF feeds (lol). If you look at my matches with Ishii, Bad Luck Fale & Berreta, it’s easy to see I’m a guy who can take a lot of damage and still keep coming forward, I think that’s what sets me a part as a singles competitor. I may not be flipping and taking chair shots every night, but I do come out swinging every night despite whatever ass-whooping I took the night before (I was the most active competitor in 2018 across the board).

What match would you recommend to those who haven’t seen you compete before?
Henare vs Ishii, April 24th 2018 (Road to Wrestling Dontaku)
By far my favourite was with Ishii, and if you watch that match I’m sure you’ll get a taste of the true warrior spirit that I’m all about. Nothing pretty, just pure, gritty, Kiwi strong style. 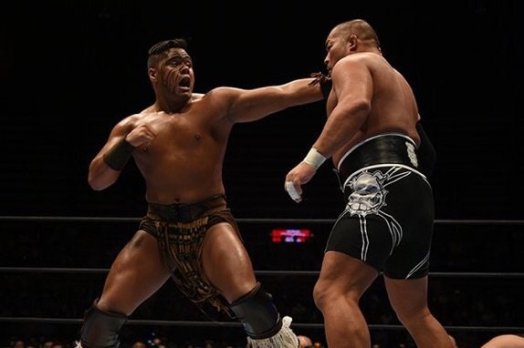 Whilst winning the entire NJCup is the aim of every wrestler entering the fray, Henare has an opportunity to still walkaway with a shot at a different Championship. If things go his way, Henare could well face Will Ospreay in the 2nd round of the NJCup and earn a deserved shot at the NEVER Openweight Championship. With the likes of Shibata, Suzuki, Ishii, Nagata and Goto holding the title over the last few years, it gained a reputation as a title for the heavy hitters. Henare would certainly fit that mold and I firmly believe it would give him a boost to the forefront of NJPW and earn him the recognition he deserves.

The New Japan Cup will have all shows streamed live on NJPWWorld.com with English commentary available throughout. You can follow Toa Henare on Twitter & Instagram @HenareNZ.