Phase 1 and Phase 2 are ranked, so now I’m moving on to the biggest phase of all. Phase 3 includes 8 films (so far) compared to the 6 in previous phases and definitely has the best ensemble of villains. From the Mad Titan, to the Goddess of Death and a living planet. The foes that tried to take on our heroes became a bigger threat than ever before and one even succeeded . Here’s my ranking of Phase 3’s villains: 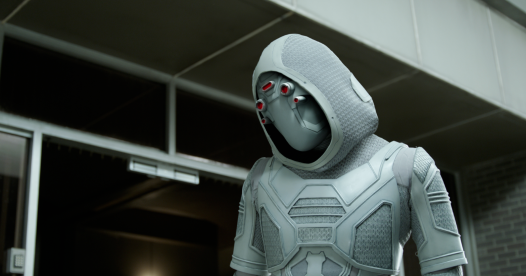 8. Ghost – Ant-Man & The Wasp
Ghost takes last place on my list as she’s not really a villain in that her intentions aren’t entirely evil. Ghost is not essential to this sequel as the story’s main focus is saving Janet Van Dyne and as a result Ghost isn’t given enough attention to warrant a strong place in my rankings.

7. Kaecilius – Doctor Strange
Having the villain to the first Doctor Strange be simple was exactly what was needed given the complexity of the story being told and Kaecilius was ideal for this. The powers on show by Kaecilius and other mystics were fresh to the MCU and offered us the chance to see something different, but the character himself wasn’t anything unique.

6. Hela – Thor: Ragnarok
This is where the list gets difficult. Hela was such a fun villain thanks to the direction Taika Waititi took with Ragnarok. And as we’ve learnt with previous MCU entries, the best villains are those who have a relationship to our hero like Loki and Bucky. Hela’s character adds so much to the Thor story and helps us see more growth from Thor and Loki than we have in the previous 2 films.

5. Ego – Guardians of the Galaxy Vol. 2
Ego is a villain that has no redeeming qualities. He’s all-powerful and uses that power for selfish reasons. The reveal that Ego is the cause of Star-Lord’s Mum’s of tumor is the biggest and most evil twist of any MCU film. His position as a loving father to Quill before his true intentions are revealed makes him all the more detestable.

4. Helmut Zemo – Captain America: Civil War
I’m a big fan of Zemo in Civil War. He’s really one of only two villains that truly succeeds. He forces a rift between the Avengers that is seemingly irreparable. All the more intriguing is that he has no special abilities, he is simply intelligent and cunning enough to lead the Avengers right where he wants them. Throughout all the hardships our heroes had been through and battles they had fought, it was Zemo that took them down.

3. Adrian Toomes (Vulture) – Spider-Man: Homecoming
How great was it when Spidey knocked on his prom date’s door only for Toomes to open it? Keaton brought a new level to a villain that could have been monotonously plain and his inclusion as Peter Parker’s date’s father was a stroke of genius. This made the stakes all the more higher during the final scenes where Spider-Man and Vulture clash. I’m sure we’ll see more of Toomes and his character could potentially be one of the most interesting given his reluctance to reveal Peter’s identity in the post-credit sting. 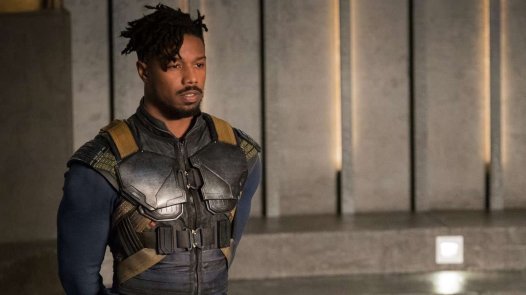 2. Kilmonger – Black Panther
The movement behind Black Panther was in no-small part thanks to the creative direction taken with Kilmonger. He is a villain with a believable motive, in that he wants to help his people across the world instead of prospering whilst they suffer. Some of the most powerful lines in the MCU come from Kilmonger and it’s a credit to everybody that worked on the film and of course Michael B. Jordan that this character made such an impact on the world. 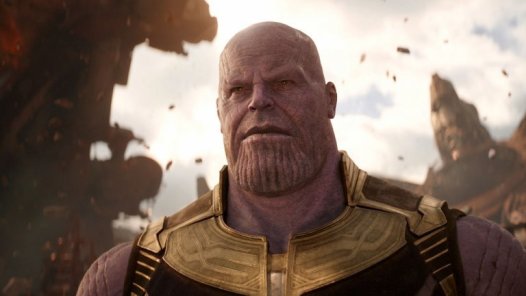 1. Thanos – Avengers: Infinity War
By the time Infinity War came around in 2018, Thanos had a monumental status to live up to. After first being teased during the credit of Avengers (2012) and making appearances in Guardians of the Galaxy (2014) and Avengers: Age of Ultron (2015), the big bad that the MCU had been building up to for 10 years finally made his full debut. No villain made a larger impact on the Marvel Universe than Thanos did. The character works so well because Infinity War is essentially Thanos’ story and a large portion of the film is dedicated to fleshing out this complicated being. He is humanized through his relationship with Gamora and the brilliant work of Josh Brolin to make him more than just a villain. And although his goal of wiping out half the universe is terrifying, you can understand the reasoning.

That brings us up to date! Perhaps we’ll tackle the huge task of ranking all the villains as a whole, ignoring the phases, but that’s for another time. How would you rank the Phase 3 villains? Let me know!