The UK wrestling scene has exploded to become a worldwide phenom over the last few years, so much so that WWE now have an entire NXT UK roster and show. Lots of wrestlers who made their mark on the UK independents have gone on to bigger things, such as; Will Ospreay & Zack Sabre Jr with NJPW; Marty Scurll with ROH; British Strong Style with WWE. Outside of these promotions, there is still an army of talented men and women travelling across the UK on a weekly basis tearing up shows at a variety of promotions. The list could be much longer but I fear it would never end and I’ve taken care to avoid those bigger names you may already know. Here is a list of those who I think deserve your attention:

Aussie Open – Kyle Fletcher & Mark Davis
This pair are the best tag team in the UK at the moment. The Australian duo are going to be making their PWG debut’s soon and I’m confident the raucous crowd will quickly become fans. The Aussie Arrow Kyle Fletcher is the perfect accompaniment to the grandeur of Dunkzilla Mark Davis and they make a pure tag-team that quickly made an impact in the UK. I was hoping to see them make their NJPW debut in the World Tag League last year, but maybe they’ll make an appearance this year. Their accolades include being Progress Tag Team Champions.
Recommended match:
Aussie Open vs Suzuki-Gun @ RevPro; Uprising 2018 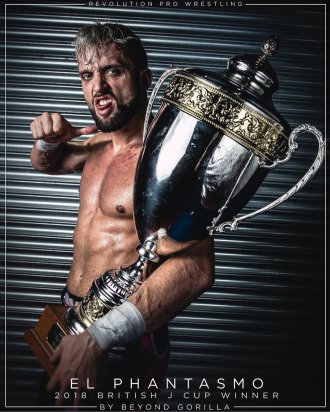 El Phantasmo
The first time I saw ELP I just wasn’t that bothered. And then I saw him again and again and now I own a Headbanga t-shirt and know that an ELP match is going to be great. ELP began wrestling in his home of Canada before leaving for the UK in 2017 and is now a constant on the scene. His rope work always manages to amaze, none more amazing than his top-rope tight-walk that sees him avoiding an attack and bouncing between the 2nd and top rope. ELP is at his core a high-flyer but is an all-rounder in the ring. I would think his biggest accomplishment is being the 2nd winner of RevPro’s British J Cup, the first being Jushin Thunder Liger.
Recommended match:
El Phantasmo vs Will Ospreay @ RevPro; Epic Encounter 2018

Chris Ridgeway
Ridgeway has the best description for himself with the simple moniker, hard as fuck. His main weapon is his chest shattering kicks that are on show in every match he competes in. But Ridgeway is also a brilliant technical wrestler, as proven in his match versus Zack Sabre Jr. at the Cockpit. 2018 was a breakout year for Ridgeway and 2019 could pave the way for big things for him.
Recommended match:
Chris Ridgeway vs Kenoh @ Frontline Wrestling; Build Me An Empire 2018

Millie McKenzie
Millie is a prime example of “don’t judge a book by its cover”. It’s a marvel to see Millie perform a beautiful and brutal suplex to men and women twice her size. At just 18 she has already worked with WWE as part of NXT UK, wrestled at Wembley Arena for Progress and she is the current Sendai Girls Junior Champion, a title which she won in Japan. There is arguably nobody on the UK scene with bigger potential than Millie. For all her ferocity in the ring, Millie has also shown she has character, especially during her time teaming with Pete Dunne, forming the BruiserMates. Millie was kind enough to supply her own recommended match too!
Millie’s Personal Recommended match:
BruiserMates vs Besties in the World @ Fight Club Pro; International Tekkers 2018 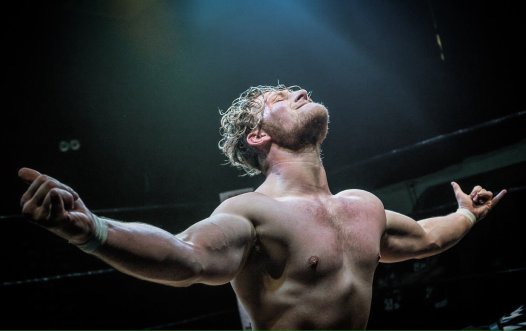 Josh Bodom
To give you an idea of Josh Bodom; on occasion he gets a Brock Lesnar chant. He is a smug, no-nonsense wrestler who makes all of his offense look punishing, because it probably is. His look and attitude makes him easy to hate, combined with his cocky persona and smack-talking in the ring he’s a solid heel in the UK. Bodom is a 3 x RevPro Undisputed British Cruiserweight Champion and has worked with All Japan.
Recommended match:
Josh Bodom vs Will Ospreay @ RevPro Epic Encounter 2017

Chris Brookes
Brookes turned down the opportunity to join WWE UK and I’m thankful he did. He has been a mainstay of the UK independent scene and can always deliver a great match, but I think it’s his character work that has boosted him to the main event of many promotions. Whether it be with CCK (Lykos or Gresham), Schadenfreude in Fight Club Pro or as a singles wrestler, Brookes is consistently a highlight of any show he is on. Oh and his wet willy move is always disgusting. Brookes is a 3 x Progress Tag Team Champion.
Recommended match:
Chris Brookes vs Zack Sabre Jr @ RevPro; Summer Sizzler 2017

Kip Sabian
This man has the look, I think my partner loves him more than she does me. Kip Superbad Sabian could get far on his look alone, but thankfully he is more than just a pretty face as his ring-work backs him up and he has a great character to provide an all-round package. 2019 could be a big year for Kip as he has just been announced as one of the first entrants for the Over The Budget Battle Royale at AEW’S Double or Nothing. Kip is a former IPW:UK World Champion and World of Sport Tag Team Champion.
Recommended match:
Kip Sabian vs Pete Dunne @ Lucha Forever; A Mod, A Kiwi & An Assassin Walk Into A Bar 2017

This is just a very small look at some of my personal favourites on the UK scene at the moment. The depth of talent crafting their skills among the variety of promotions over the last few years have made it a great time to be a wrestling fan in the UK. I’ve been able to see those names mentioned at the top go from the mid-card of an independent to the Tokyo Dome and further. And it makes me wonder who will be the next UK star to make the big breakthrough…