February 11th 2019, at The New Beginning in Osaka, ‘Switchblade’ Jay White defeated Hiroshi Tanahashi to become the IWGP Heavyweight Champion. A result that was wildly shocking but somehow expected. Now all we can do is “breathe with the Switchblade” as Jay White’s star could not be shining any brighter and he welcomes us all into the Cutthroat Era. But just 1 year ago, things looked very different for the newly crowned Champion. 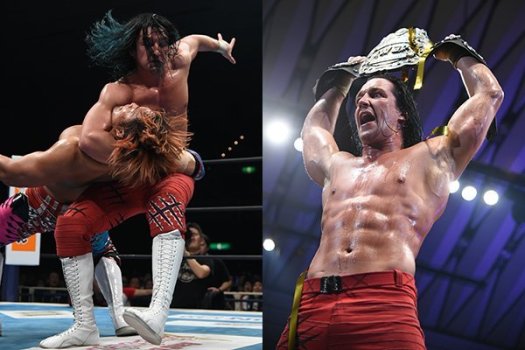 The Return of White & Debut of Switchblade
White has risen through the ranks faster than anybody I can recall in recent NJPW memory. He debuted as a Young Lion on 30th January 2015 and “paid his dues” whilst living in the infamous dojo before leaving to go on excursion in June 2016 for well over a year. He returned from excursion to debut at Wrestle Kingdom 12 (January 4th 2018) as the newly created Switchblade, in a unfortunately forgettable match for the IWGP Intercontinental Championship against then champion Tanahashi. I’d be surprised if another wrestler in NJPW history has ever been given a chance similar to the one Jay White had at WK12; debuting at the biggest event of the year, against the biggest NJPW star of the past decade, for a prestigious title, all with little wrestling history to backup his positioning. White would be defeated by Tanahashi and the early online consensus was not very supportive for the young upstart. I traveled to Tokyo for the show, I was excited to see White get his moment having previously seen him wrestle numerous times in London (UK) and even I was underwhelmed.

Jay White’s Star Begins To Shine
Fast forward to January 28th and White pulled off the first big win of his Switchblade career, pinning Kenny Omega to become the 2nd IWGP United States Champion. Things were looking more promising for the new Champion as he proved himself in this thrilling match. He would go on to hold the title for 160 days (July) before losing to Juice Robinson in San Francisco in a match that created waves among the Internet Wrestling Community. The match was great from beginning to end, Juice is instantly lovable and Jay is easy to hate. But what set it apart was the controversy surrounding White and commentators Jim Ross and Josh Barnett. White inadvertently caused Jim Ross to fall off his chair at commentary and damage his ribs which led to Josh Barnett deciding to go after White during the middle of the match(!). White played the heel perfectly, being cocky and edging Barnett to come after him whilst keeping far enough away from him to not be in danger. Although an unfortunate accident at the time, in hindsight it boosted White onto a new level. Even in defeat, it was apparent that the Switchblade was getting sharper.

That new level would be on show during the summer G1 Climax 28 as White would beat both Tanahashi and Okada in tournament action and become a legitimate contender to win the entire series. He eventually fell short on the final night, finishing 3rd in A Block but he now had wins over the 2 biggest stars in NJPW, notably being the only man in the tournament to beat Tanahashi which avenged his loss at Wrestle Kingdom 12. The Switchblade persona was almost entirely developed into a complete villain. 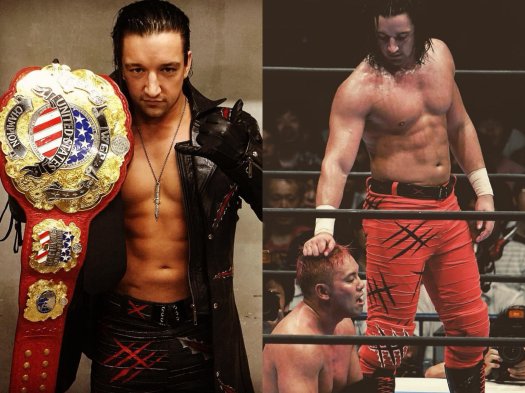 The Beginning of the Cutthroat Era
Over the next few months, White would continue to grow into his devilish Switchblade persona. The biggest twist in NJPW for years came as Gedo betrayed Okada to align himself with Jay White (a story deserving of it’s own article), with the pair going on to join the Bullet Club. With The Elite section of the Bullet Club now being it’s own entity, Bullet Club once again had a pure rouge at it’s helm that Japanese fans loathed in the form of Jay White who had the Judas Gedo at his side. This inevitably led to a match between Okada and Jay White at Wrestle Kingdom 13 (January 4th 2019) in which White surprisingly beat Okada (in record time), even with Okada making a grand return as the Rainmaker. I again was at the Tokyo Dome for this show and the overwhelming support for Okada versus the unanimous abhorrence for White was clear in the arena, a immeasurable improvement from the reaction White received exactly one year earlier.

Making History
Hot off the heels of his huge Wrestle Kingdom win, White challenged Tanahashi for the title in NJPW at the New Beginning and be victorious, which brings us to the here and now. NJPW and their roster have this uncanny ability to make an audience believe that anybody can win in the big matches, no matter how foregone you believe the conclusion might be. I thought Jay White could win, but there’s no way he’d actually win, right? Tanahashi just won the title a month earlier, White is still very young and this is his first ever challenge for the IWGP Heavyweight Championship. I’m sure he’ll win it one day, but not now, it’s too soon. All my theories were shot down when White hit the Blade Runner to pick up the biggest win of his career in a match that gets 5 stars from me. In winning the title, White would become the first New Zealander to win the Championship.

White went from an almost let-down of a debut to being the top Champion in NJPW, a remarkable transition that nobody would have expected just 1 short year ago. And incredibly, it doesn’t feel forced or wrong which is a credit to both the wrestler and the company who are unchallenged when it comes to long-term booking. 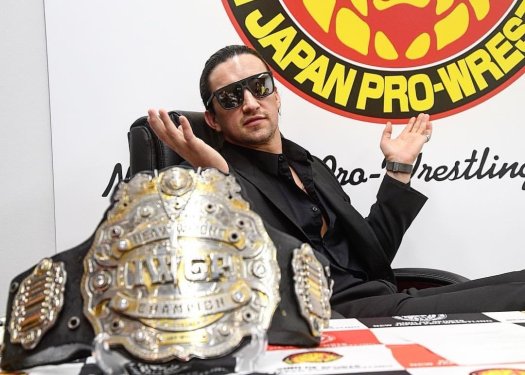 Being The Top Foreign Wrestler
With White’s positioning as the top foreign wrestler in the company comes expected comparisons to the last man who filled that position, Kenny Omega. Whilst the comparisons are justified, they aren’t necessary as they are 2 entirely different wrestlers. There is nobody like Kenny Omega, the athletic freak who rightly earned the moniker Best Bout Machine and broke the Meltzer star rating system numerous times. But there is also nobody like Jay White, the conniving, intelligent  heel that can get under your skin with how much you hate him. It’s difficult to be a true heel in this age, but White is thriving. Omega would get cheered whether he was being a good guy or a bad guy, you can’t help but admire just how good he is at wrestling, whether you wanted him to win or lose you respected the work. I don’t think White will have that problem when he defends his title. I expect crowds to be whole-heartedly behind whoever his challenger is, hoping that this menace will be taken down. It’s not “cool” to like Jay White, you’d have difficulty trying to find a Japanese fan wearing his shirt in the crowd.

What’s Next?
Personally, I  love to hate Jay White. Giving him the IWGP Heavyweight Championship is extremely bold of NJPW and I am first in line for the ride that is to come in the following months. His first defense will come as NJPW & ROH join forces to make history by putting on a show at the iconic Madison Square Garden, the first time a wrestling promotion not owned by the McMahon family will put on a show in the venue since 1960. I am firmly behind White and I’m hopeful he will have a unique reign as Champion, as for the first time in a long time, NJPW has a legitimate heel at the top of the mountain. The question now is, who will try to blunt the Switchblade?