Whilst Smackdown have the potential to steal the show at Super Show-Down this Saturday, the weekly struggles of RAW keep on coming as they risk damaging the Tag Team Division. 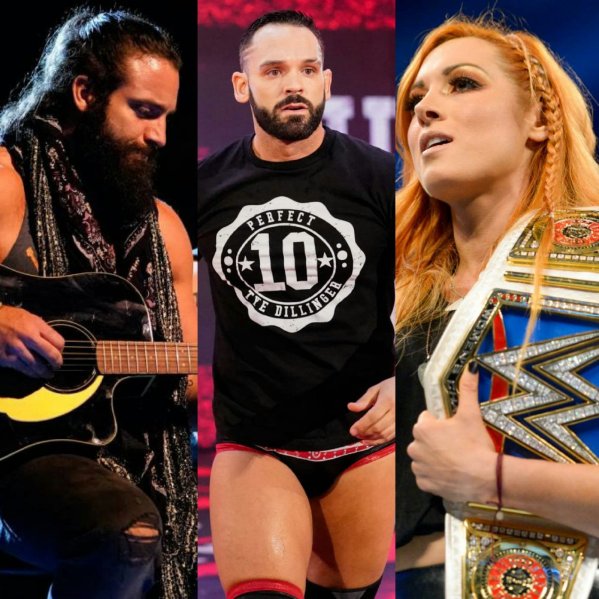 Kevin Owens & Elias
It’s not uncommon now in wrestling for fans to cheer the bad guy and boo the hell out of a good guy. However, this week Owens and Elias managed to get the Seattle crowd to boo them…and boo them…and boo them for several minutes straight. Pretty much taking over the whole segment. The two heels are heavily liked by fans, especially Owens who seems to be able to do no wrong in their eyes, which is impressive in this day and age. I’d go as far to say it’s the most an actual heel has been booed for the correct reasons in years. KO/Elias & Lashley/Rush has started to become one of the more entertaining angles on RAW.

Randy Orton/Tye Dillinger
Following on from a very heated rivalry with Jeff Hardy, it looks as though Randy Orton has set his sights on Tye Dillinger. It will hopefully do wonders for Dillinger’s career being paired with The Viper, as he hasn’t really done anything of any importance since debuting on the main roster. With Randy Orton back at his heelish best, it gives Tye a chance to move into that baby face role that got over so well on NXT. Gone are the days where fans would chant his “10” gimmick at any match. If this feud can continue, and Orton finds more ways to deal out punishment to Dillinger, maybe the fans will get behind him fully once more.

Smackdown Show Stealers
With Super Show-Down just a few days away, Smackdown are heading into the Australian PPV absolutely on fire. Did anyone notice Shelton Benjamin picking up a win over Daniel Bryan this week? Nice! We’ve got a number 1 contenders match for the WWE Championship between Miz & Daniel Bryan, hat should be a very tasty match. The match could be the last in their series or might set up more for the future. Then we’ve got the actual WWE Championship match, Styles/Joe, which has been on the HOT list every week. But we’ve also got the Smackdown Women’s WWE Championship match, which personally has been WWE’s best feud over the last few months. Every single one of these, has the absolute potential to steal the show on Saturday. It’s an exciting time to be a Smackdown fan. Shame the US title has almost completely faded into the background. 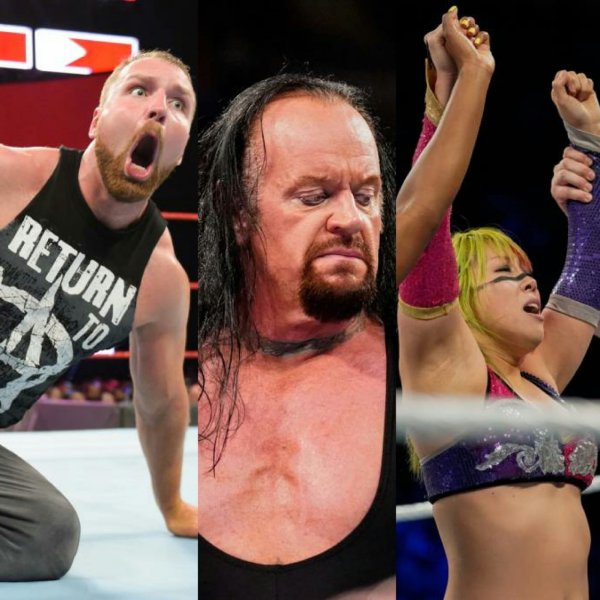 Dean Ambrose
Last week, Ambrose had fans “Ooo”-ing and “Ahh”-ing at the big tease of him possibly turning on the SHIELD. This week, instead of WWE dangling it in our faces like the hungry pups we are, they slapped us around the face with it until we were bruised and bloody on the floor. It seems strange to tease something so well one week, and then the next make it seems really obvious that he might be stabbing his friends in the back. Maybe the idea is to make it so obvious, that we think it’s too obvious to happen. Either way, it just seemed a bit confusing to have Dean lean so far one way so soon after the initial tease.

The Undertaker vs Triple H
I might be alone with this thought… But with so many exciting matches on the horizon this Saturday from superstars of the current era, I’m not that excited for this collision. Sure it will be nostalgic to see these two greats go at it once more. But it seems like a taboo to say out loud that Taker has simply passed his prime.Even typing it I feel like a team of angry wrestling fans are going to come crashing through the wall, but it’s true. He’s not going to be able to perform at the high caliber we want him to, the caliber that he had in his previous matches with HHH. The Game still seems to be able to put on very decent matches, but I’m not sold that he is going to be able to carry The Phenom and not make it seem obvious. HBK and Kane being at ringside will add to the entertainment, maybe ease the pressure of The Undertaker a little bit as well. Will fans still cheer for it more than any other match on the card? Probably. Will it main event? Probably. Should it? No.

Asuka & Naomi
As mentioned last week… What’s happening? Who knows. This friendship Asuka seems to have with Naomi isn’t selling itself. Asuka turning heel on Naomi? That might work perhaps. But then Smackdown doesn’t really have an actual baby face for the women’s division If the Flair/Lynch angle finishes this weekend (I’m not saying it should at all), then that might open up a space for Asuka to move up and earn a title shot. Then we are still left with Namoi, who deserves better than to be standing in Asuka’s shadow. There’s talk about WWE introducing a Women’s Tag Team Championship division. I think they could really do with it. They have all these talented female wrestlers, but still don’t know what to do with the ones that are involved in the title picture.

Raw Tag Team Division
Dolph Ziggler & Drew McIntyre have had the RAW Tag Team titles for just over a month now, but seem more preoccupied being buddies with Strowman than taking the tag division by storm. You can see why though, as at the moment the division is a bit of a mess. It might be in the stages of rebuilding itself and I really hope it does because it’s not at the high quality you expect the main show of WWE to have. You’ve got Authors of Pain, who started off in a horrific way on the main roster, putting other superstars over from the get go. The Revival, who every time they seem like they are about to reach their potential, get the rug pulled from under their feet. So their credibility as a baby face/heel/whatever WWE decide team is in the gutter. The B-Team, RAW’s underdog story that was over too soon. Finally this ongoing, unrelenting force of a rivalry between The Ascension and Roode/Gable. It will not stop happening! WHAT!? That list comprises of WWE Tag Team Champions, NXT Champions & former United States/Intercontinental Champions. There is so much potential there but the way they are all being booked is ridiculous. It looks like everything is being too focused on the SHIELD/Strowman business. Plus with the Taker/HHH feud, not a lot of thought is going into this once amazing tag division. Something has got to change, and fast. Otherwise, fan’s interest/support in this division will eventually extinguish completely.

Super Show-Down has the potential to be memorable this Saturday, but how often have we thought that about a show only to be struck down with mediocrity? Perhaps we expect too much from WWE and need to adjust our expectations.