News recently broke that Disney are planning TV series for characters in the Marvel Cinematic Universe such as Loki and Scarlet Witch (which you can read about here), exclusively for the Disney streaming service. Since then, fans have been talking about what other characters they would like to see get their own shows. The ever creative and talented BossLogic has thrown in his own ideas with posters for Pawning off the Galaxy and Cooking with The Vision. Have a look below at the incredible posters. 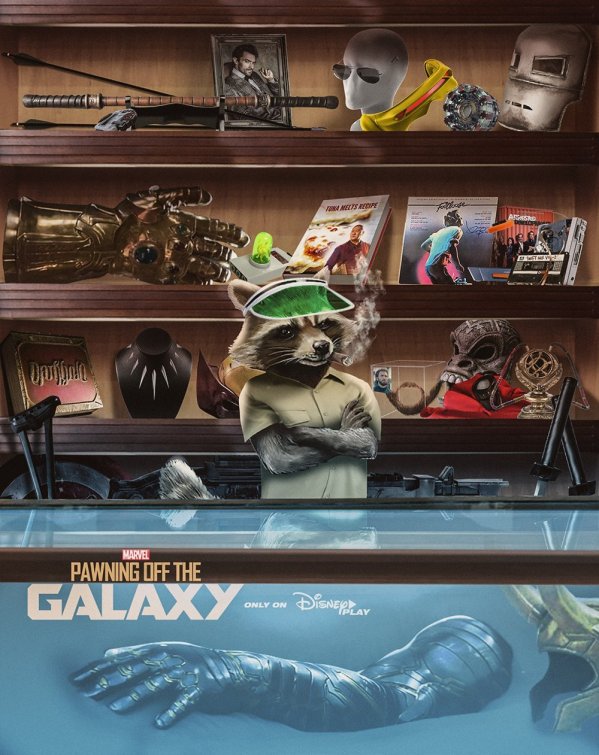 The Pawning off the Galaxy poster, starring Rocket Raccoon, is packed full of references from Loki’s helmet to the Infinity Gauntlet and Black Panther’s necklace. 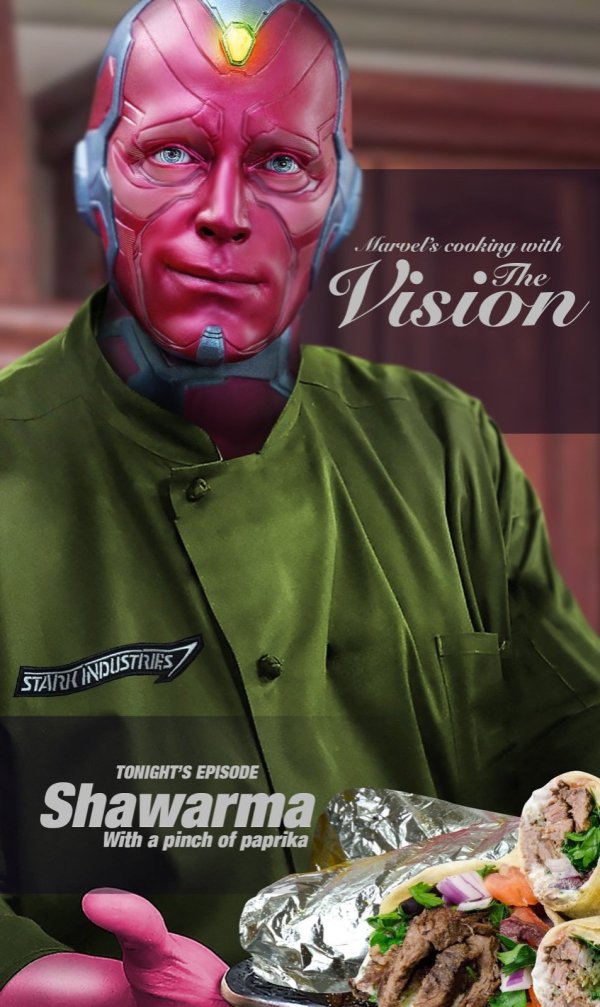 Cooking with The Vision is a fun play on a scene from Avengers Age of Ultron in which we see Vision cooking for Scarlet Witch. Plus there’s a Shawarma reference as an homage to the first Avengers film.

What characters are you hoping get their own series?