The internet was abuzz yesterday with the reported news that Henry Cavill will no longer be playing Superman in Warner Bros. DC Extended Universe. Shortly after that, articles popped up suggesting Michael B. Jordan may take over the mantle. What is happening?! In short, nothing is confirmed. For the full breakdown, have a look below at what is confirmed and what is a rumour. 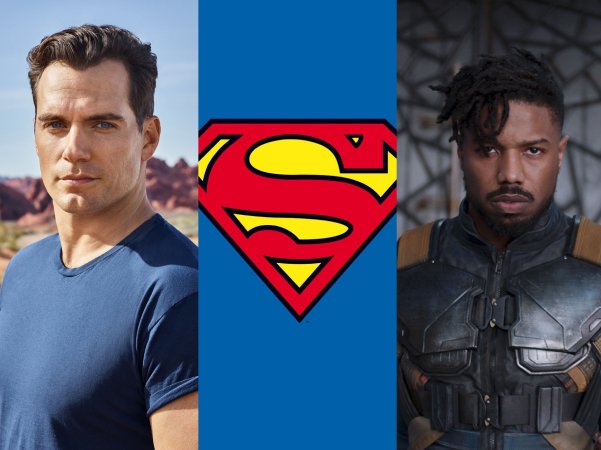 Henry Cavill
It was reported by The Hollywood Reporter that Warner Bros. wanted the British actor to have a cameo role in Shazam! but he turned this down due to scheduling conflicts with Mission Impossible Fallout. The report then goes on to say that “the door is now closing on other potential Superman appearances.” So at first glance it appears as though Cavill will definitely not be appearing in Shazam! and it is likely, but not confirmed, that he will not be wearing the red cape again in the future. However. Cavill’s manager posted the below tweet stating “the cape is still in his closet.”

Be peaceful, the cape is still in his closet. @wbpictures has been and continues to be our partners as they evolve the DC Universe. Anticipate a WB statement later today.

Whilst not definitive, this tweet certainly makes it seem as though the actor is still Superman. Henry Cavill himself posted a vague Instagram video with the caption “Today was exciting #Superman”. Again, not definitive.

Warner Bros. released a statement to The Hollywood Reporter stating “While no decisions have been made regarding any upcoming Superman films, we’ve always had a great respect for and a great relationship with Henry Cavill, and that remains unchanged.”
It seems to us that we’ll likely see Cavill returning as the Man of Steel at some point in the future, but it’s clear that his departure from the role is definitely not confirmed.

Michael B. Jordan
So how does the Creed star and Black Panther villain fit into all this? The answer is, barely. In Deadline‘s report about Cavill, they mention “The word has been out that Warner Bros. has been mulling a completely different direction with its Superman canon for some time, even considering casting Michael B. Jordan in the role down the road.” This single line in the report has garnered a lot of attention and led to a lot of speculation.

What do you think of all the news? Would you like to see a new Superman or prefer Cavill to continue the role?