The best time of the year to be a wrestling fan is in full swing as we are now 7 shows deep into G1 Climax 28! After a string of 4 shows night after night, there is now a 3 day break until the action resumes on Thursday 26th July, which gives me the perfect opportunity to give my thoughts on the rousing tournament so far.

A Block
Here are the current standings:

Kazuchika Okada
The story of A Block is mostly surrounding the resurgence of the
Rainmaker, Kazuchika Okada. After losing his opening 2 matches to Jay White and Bad Luck Fale, the balloon wielding Okada seems to be back on track having picked up successive wins over Hangman Page and Togi Makabe. But Okada is still a long way from the unconquerable IWGP Heavyweight Champion we knew for almost 2 years, so perhaps surprisingly, I wouldn’t be shocked if he did not make the finals. Okada takes on Yoshi-Hashi next which I would assume is a guaranteed 2 points for Okada, but nothing is ever certain in this tournament.

Hiroshi Tanahashi
Tanahashi sits on a comfortable 6 points with his only defeat coming at the hands of Jay White. I think it is very possible that we see the Ace make the finals of the G1 and even win the whole tournament as a last triumph as the general feeling is that he will have to unfortunately begin to slow down his career due to numerous injuries and years of hardship on his body. But Tanahashi is still one of the best wrestlers in the world and one of the all time greats when it comes to big performances, and there’s no bigger stage for him than the main event of another Wrestle Kingdom. There is a special aura surrounding a match between Tanahashi and Kenny Omega, as the pair have only had one previous singles match which was for the IWGP Intercontinental Championship in February 2016. Since then, the pair haven’t ever been close to each other, I believe not even meeting in tag matches. Perhaps they’ve been kept apart for a reason?

Bad Luck Fale & Bullet Club OGs
The Bullet Club OGs are a huge topic of conversation in the Internet Wrestling Community at the moment. The argument being made by some is that they watch NJPW to get away from WWE, and all the constant interference and disqualifications is more akin to what they expect from WWE. On the other hand you have those who appreciate why the Bullet Club OGs are doing what they are doing; Tama Tonga has said he only cares about Bullet Club’s dominance in NJPW and doesn’t care about winning, and so far the OGs are certainly affirming their physical dominance in their matches by leaving their opponents dropped on the mat. But the current goings on are very much like the original Bullet Club that Tama is striving to get back, the Bullet Club that was first founded by Prince Devitt now Finn Balor; a group of foreigners with no respect for the rules. I think regardless of your stand point, Bad Luck Fale and Tama Tonga are unanimously hated at the moment for consistently causing havoc in the G1 tournament matches. I’m sure I know what Fale would think of everybody’s opinions… “Fuck ’em!” 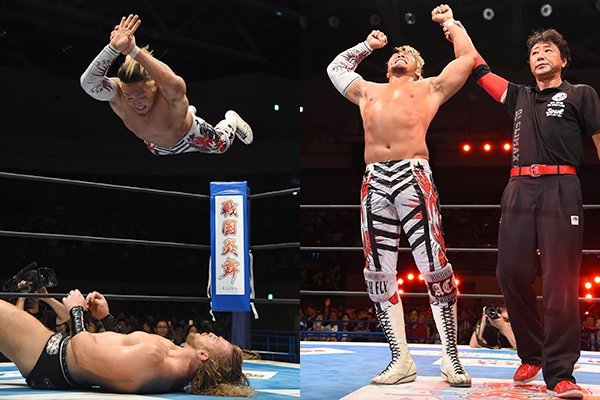 B Block
Here are the current standings:

Kenny Omega
The IWGP Heavyweight Champion has passed 2 of his biggest obstacles in Tama Tonga and Tetsuya Naito and has come up with the victory in both. Kenny will be hoping to win the tournament as Champion, a feat that hasn’t happened since Kensuke Sasaki in 2000, and he is on track to do this as he is the only undefeated wrestler in the entire tournament. However looking at his remaining matches, whilst Kenny Omega may be the favourite to win each of them it won’t be easy. Juice Robinson is Omega’s next opponent and he has a lot to prove being the only competitor without a win and he may have what it takes to give Omega his first loss, as Juice picked up a G1 victory over Kenny in last years tournament.

Toru Yano
Usually envisioned as the comedy portion of the G1, Yano has surprised us all with his wrestling skill in his opening 3 matches, especially in his match versus Zack Sabre Jr which has been one of the highlights of the tournament so far. Yano is putting on a show every night, as he has promised to fight fair this tournament but every match he is met with turmoil when on instinct he goes to cheat by pulling the turnbuckle pads off. Often known for supplying upsets, Yano has supplied a big one already with his victory over Kota Ibushi. Every Yano match is exciting as he can believably get a win over anybody.

Kota Ibushi
Everything you need to know about Ibushi you can see in any of his opening matches. He wears his heart on his sleeve and his capability in the ring is second to none. Ibushi is perhaps the fan favourite to win the tournament this year, with fans hoping we can get the dream match-up between Ibushi and Omega on the biggest possible stage. Whilst we are already getting this match up on the final night of B Block action, I feel this will only be a taste of what the pair are truly capable of and will lay the groundwork for what will be an unforgettable encounter further down the road.

Who do you think is going to win the tournament this year? Let us know on Twitter @WebbedMedia and we may have a prize for somebody who picks correctly!