Last night saw the introduction of Frontline Wrestling to join the already overflowing pool of UK independent promotions. However it was clear as soon as I walked into the venue that this was something different; special even. The quality of the setup was on par, if not better than most of the top UK promotions, with a distinct red and blue colour-set, likely as a nod to All Japan. This grandeur is clearly the brainchild of the owner of Frontline, none other than Will Ospreay himself. It’s clear that Will has used what he has learned from his years of travelling the world working for promotions big and small, has seen what does and doesn’t work, and used this to give his own promotion a unique presence, with inspiration coming from his time in Japan. 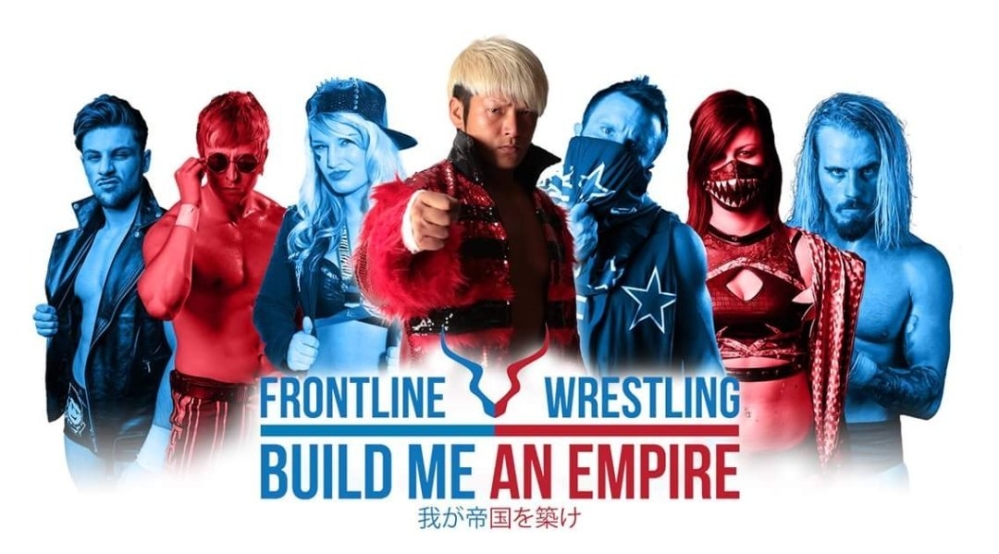 Kenoh from Noah and Naokia Tanizaki previously of Dragon Gate made the trip over from Japan for this show to mix it up with some of the top UK talent on offer; The card also boasted Toni Storm who has ties with WWE’s NXT. Rather than being a spot-fest as shows can often end up being, the debut was used to build storylines; Mark Haskins attacked Rob Lynch post-match to build their match for the Frontline Championship at the next show in August; Kelly Sixx was ambushed by The Residents; Adam Brooks double crossed Aussie Open, costing them the match against CCK. It was refreshing to see the emphasis on stories and characters, as opposed to sticking a couple of wrestlers in the ring, letting them go at it and it finishing when the bell rings. That’s not to say the wrestling wasn’t great; At the top of the show was the main event as Kenoh took on Chris Ridgeway in a match that truly personified the strong-style that Ospreay wants on show; every kick Kenoh delivered to Ridgeway sounded like a gunshot.

Frontline have set a high precedent for themselves to keep up following this debut that will definitely have me returning for their next show in August. The sky is the limit with there being little reason that Frontline cannot become one of the more prolific wrestling promotions in the UK.

Frontline will return to the Stratford Circus on 21st August, which you can buy tickets for here. You can keep up with Frontline on Twitter, @FrontlinePuro & Facebook, FrontlinePuro.